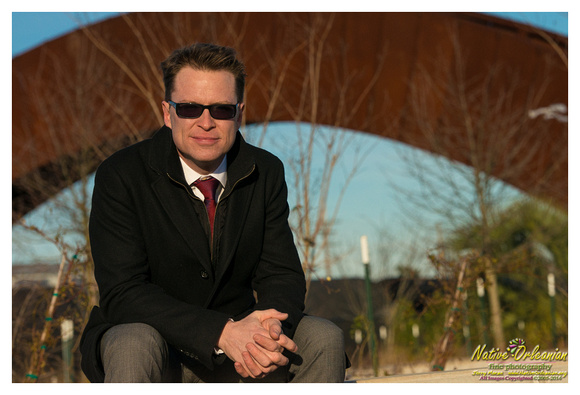 Last month I was contacted by my friend and regular client Stanton Moore(Galactic, Dragon Smoke et al….) to do a photo shoot to support the marketing of his new new jazz piano trio record “CONVERSATIONS" where two New Orleans musical luminaries in bassist James Singleton and Pianist David Torkanowsky fill out the trio. As per Stanton’s PR Company Calabro Music Media, the feel or parameters of the shoot would be a little different than Stanton’s existing “brand”. After listening to “Conversations” a few times(an excellent Jazz CD BTW) and with the direction “We need a couple images, something that's natural and captures Stanton's charm. Something that reflects the feel of the music on Conversations”, the visions started appear. One reason I was tickled to take this shoot on such short notice and and on on “Lundi Gras” was I would be able to use the new space in my studio remodel exactly as I had envisioned. Embedded here is one of the images generated from the shoot at my studio, the rest were taken at the new Crescent Park in the Bywater. As always, it was a pleasure to work with Stanton! And be sure to pick up a copy of “Conversations” which will be released on April 15, 2014 thru The Royal Potato Family label.