Visitors 5
Modified 19-Apr-14
Created 19-Apr-14
20 photos
One mornin last week I got a call from Corey Henry about doin a “quick” same day shoot for his band the Treme Funktet, which I gladly carved out a n hour or so that afternoon to do......when I asked what he had in mind for location, of course “Treme” was the answer.....We hooked up over at the Candlelight Lounge that afternoon and took a few shot's there. I actually kinda felt like I visited with Uncle Lionel over there, when you see the images you will understand why......... after taking a few shots there we headed over to The Little People's Place and took couple more shots.........One thing I found out about Cory that day is that EVERYBODY and I mean EVERYBODY in Treme knows and loves Cory Henry.....that's not too surprising though......When he's not on the road with Galactic, Corey Henry and the Treme Funktet play over at Vaughn's on Thursday's, the slot that Kermit Ruffins held for many years..... Over the next couple weeks Corey Henry and the Treme Funktet will be playing at this years Fiya Fest Crawfish Boil & Benefit for The Roots of Music at Mardi Gras World on May 2nd and later that night Bamboulas on Frenchmen St., at Vaughns both Thurday's April 24th and May 1st, and this Saturday night 4/26 at the Blue Nile.... Needless to say, if you wanna get “Funk'd Up” Treme Style.......get out and see Corey Henry and the Treme Funktet......Happy Jazz Fest!!! Jerry

Stills and a musical slideshow from the shoot can be viewed at http://www.nativeorleanian.org/corey_henry_treme_funktet_photo_shoot_4_17_14
All Rights Reserved ©2005-2013 Jerry Moran Native Orleanian LLC 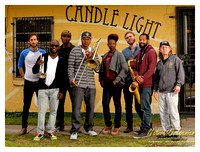 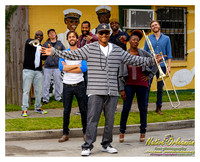